Posted by Ashish Gupta in Penetration Testing on July 4, 2018

TL;DR (Too long Didn’t Read)
If you stand up a windows 2008 R2 VM in Azure with a random user name and password, Its very easy to know that user name and depending on the complexity of the chosen password, It may be feasible to brute-force the VM using RDP.

As a victim, set up the Azure VM and RDP to it

Log in to the Azure portal and create the VM 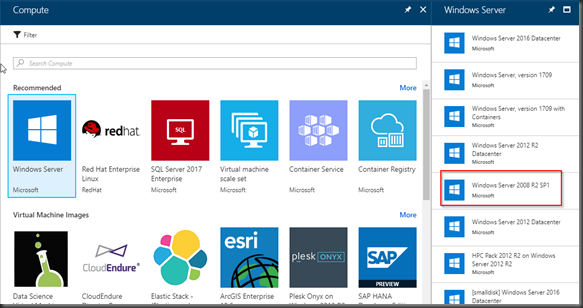 Be cheap and select the lowest cost disk from the list.

Select the RDP from the public inbound port

Finally click on the “Create” button to create the VM

Once the VM is created and running (you will see a notification in the portal), you should see the VM in the list with “Running” status.

Open the RDP file for the VM and enter the credential you used while setting up the VM.

and now we are in the VM

As an attacker, determine the user name for the Azure VM

There is a easier way to determine the user name rather than brute-forcing the VM.
If the victim is logged in to the VM, the attacker can use something like rdpy-rdpscreenshot.py which is one of the fantastic binaries in rdppy by Sylvain Peyrefitte (@citronneur) which allows to take the screenshot of the login screen.

Here is the file with screenshot of the login screens showing the user name for the machine.

This was possible because Windows 2008 R2 supports Network Level Authentication – which completes the user authentication before you establish a RDP connection and the logon screen appears.

As an attacker, determine the password for the Azure VM

Simple steps to defend against the attack

When you set up the VM and setting up the RDP for it, It warns you about RDP will be exposed to the internet.
So, you should limit access to the RDP from your/your organization’s public IP address/CIDR only through the network security group changes for RDP.

Now with the source IP restriction, rdpy-rdpscreenshot.py from a different IP wont be able to reach the VM to take the screenshot of the login screen.

The World as I see it

A tragic's view from the cricket hinterlands